Land of extremes, and everything in between

Land of extremes, and everything in between

Canada has the longest coastline and land border in the world, there are no fewer than six time zones and seven climate zones. Temperatures are measured from -50ºC, but the mercury can also rise above 40C. The second largest country in the world has many records and extremes, but Canada is mainly about all the nuances in between. Somewhere in that extensive palette, there is the climate that suits you exactly, in a landscape that makes your heart beat faster. Canada has it all!

The big metropolises are cultural, fast, green, hip and chic. You will find historic charm and modern trends side by side, in lively or exceptionally relaxed cities. Thanks to a well-developed infrastructure, you can travel around in a variety of ways, including by train, cruise ship, seaplane or helicopter. At each destination you can choose from various sporting or relaxing activities. Canada is a country par excellence for long trekking or kayaking trips, the essence of which is a deep passion for raw and untouched nature.

The natural landscapes are breathtaking, extremely varied and vast. For example, Wood Buffalo National Park is bigger than the Netherlands alone! The Rockies , Banff and Jasper National Parks , the mountains of British Columbia and its islands full of cultural remnants of the Haida Indians, the glaciers of the Yukon , the permafrost of the sub-Arctic, the fall colors around the Great Lakes , and more than a million Lakes. The variety of wildlife is equally impressive: polar bears and grizzlies, reindeer and wolves, whales and narwhals… the list is endless. In addition, in the winter months, with a bit of luck, you can watch the dancing light of the Aurora Borealis.

The three oceans of Canada

Wildlife and nature in Quebec

The best of Western Canada

Highlights of Yukon and Alaska

The cities and nature of Eastern Canada

The ultimate expedition through Arctic Canada

Toronto and the Great Lakes

In the southernmost point of Canada lies the bustling city of Toronto. It is the gateway to the Great Lakes and to the famous Niagara Falls.
More information

A hugely varied nature, culture, mild to even high temperatures, and a multitude of outdoor activities can be found on Vancouver Island. Everything at your fingertips, ideal!
More information

Magical is a canoe trip across the lakes of Algonquin, as the silence descends and all the senses are on edge. Then this intimate dialogue with the environment arises, without words.
More information

The strait is landscapeally grand and panoramic, but Lancaster Sound also has an exceptionally rich biodiversity. Nowhere in the Arctic do so many species live together as here.
More information

One of the most beautiful national parks on Vancouver Island consists of three separate sections on the coast. It is a special encounter of ocean and rainforest.
More information

On Canada's northernmost island, the sun doesn't set for weeks in the summer. The climate is inclement, but the imposing surroundings are surprisingly much alive.
More information

Follow in the footsteps of the pioneers of British Columbia, the prospectors who trekked along rivers in search of the shining gold.
More information

The Nova Scotia Peninsula is a maritime destination par excellence. A visual spectacle with many faces, the ocean never gets bored.
More information

The largest island of Nunavut is the most densely populated, which is an extremely relative fact. Meet the modern Inuit, their ancient traditions, and their special way of life.
More information

Through this harsh landscape, one of the northernmost sea routes in the world. Only in the short summer is this pristine, empty landscape accessible by water.
More information

High mountains and deep valleys. Whistler is a valhalla for winter sports enthusiasts, and in summer a wonderful place for lovers of flowering alpine meadows with snow here and there.
More information

The miracle on the edge of the ice
MORE INFORMATION 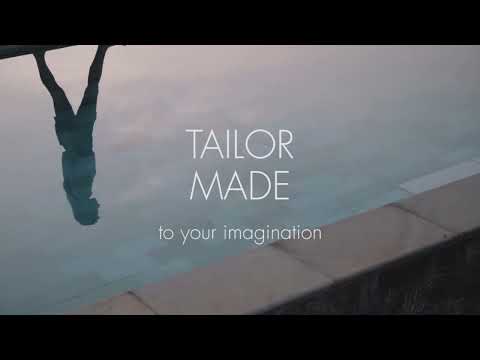 A winter adventure in the Canadian Rocky Mountains

Snowy rugged peaks, dense white forests and frozen lakes. That's winter sports in the Canadian Rocky Mountains   where there are plenty of snow-sure ski resorts. By invitation I combine Edmonton with a visit to Jasper and experience a phenomenal winter sports adventure.

At the end of June, Gabrielle Deelstra made a self-drive through northwestern Canada, exploring old mining villages and scenic nature parks. "I thought yukon was going to surprise me. But that it would be so overwhelmingly beautiful, I couldn't have imagined."